So Much To Do 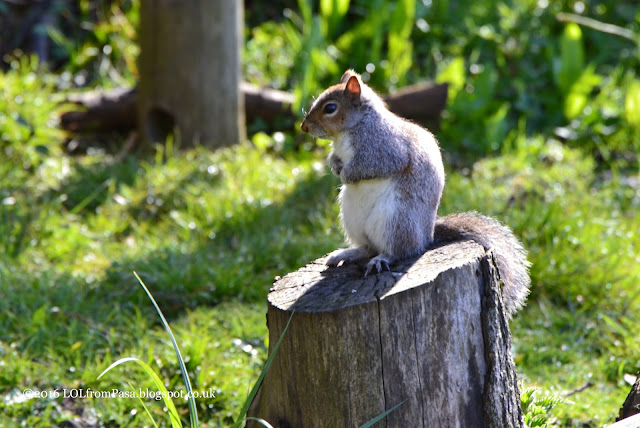 I couldn't resist photographing this little guy
before I head off on a little break.
Hope to be back refreshed and all caught up
with a zillion jobs that need my attention. 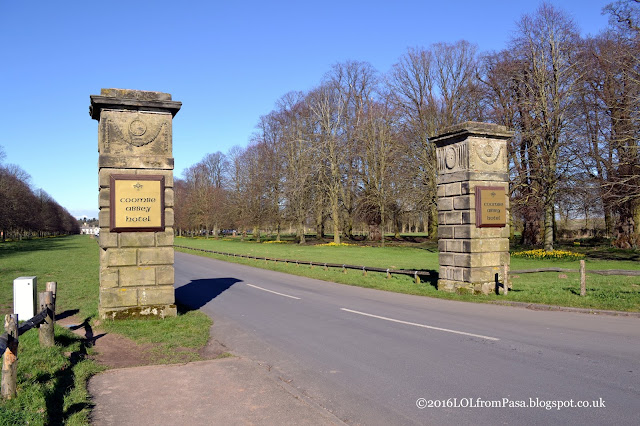 When you drive down the Brinklow Road,
just outside Coventry, you can't help but notice
these two pillars and the magnificent Coombe Abbey Hotel beyond.

My interest today is the curious mark on the
left pillar noted by an arrow in the photo below. 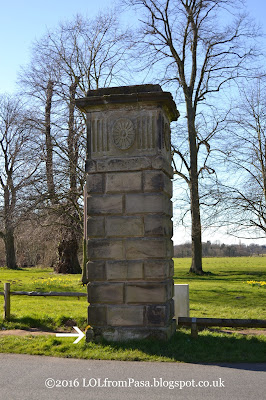 Have a closer look below.
The white arrow is pointing at a
benchmark at the base of the pillar. 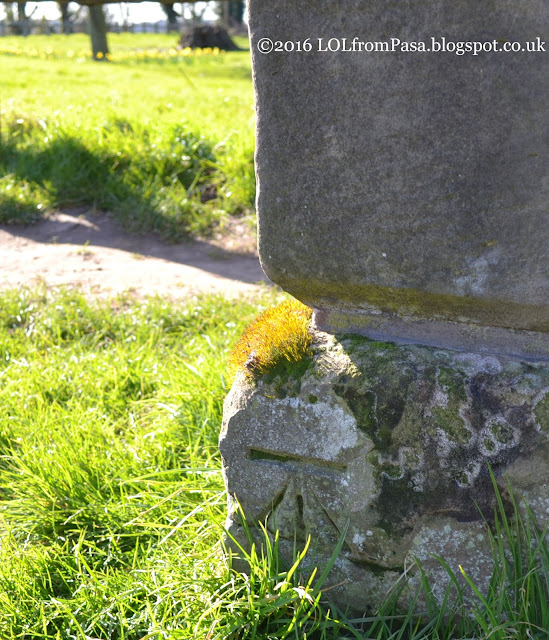 The benchmark is that 'line' with (what looks
like) an arrow pointing up to it.
The benchmark serves as an elevation reference point.
This one no longer appears on Ordnance Survey maps.
When the reference point was chiseled in the stone,
these pillars were located just down the road,
presumably at a different elevation.

* * * * *
In preparing for today's post, I was interested to read that
at some point in the 1960s these pillars were originally sited about 60 yards
to the east.  The pillars supported wrought iron gates
known as the Griffin Gate. I have read further that these gates were
removed for safekeeping when the pillars were moved to their present
location.   I wonder where the gates are now.

In the photo below I am looking towards what was the
carriage entrance (next to red car behind the trees).
The main entrance is behind me. 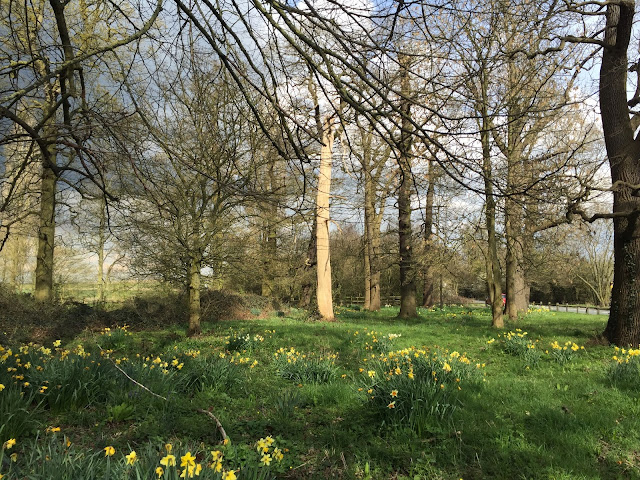 (Below) The Griffin Gate was originally here
at the carriage entrance to Coombe Abbey.
This road runs parallel to the main entrance driveway. 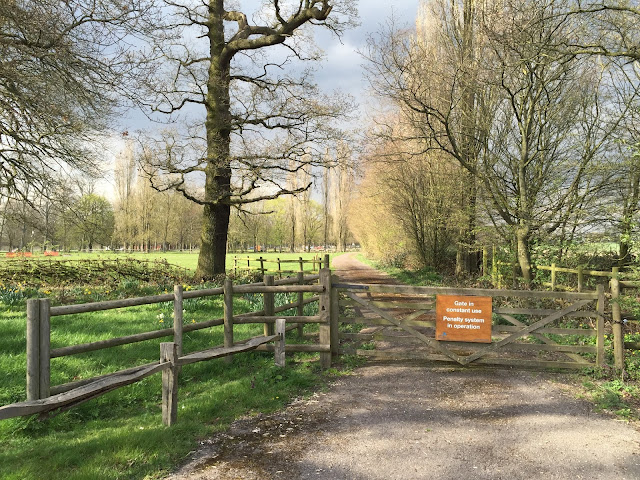 Church of St. John the Baptist
Broad Street, Brinklow Village
(near to Coventry) 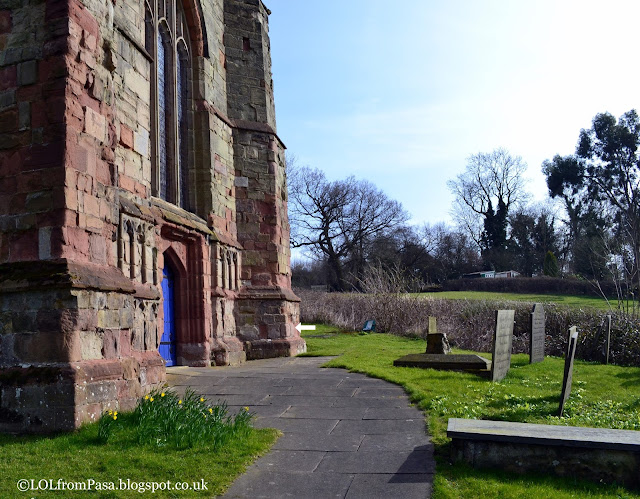 In the photograph above, you will see a white arrow
that shows the location of a chiseled horizontal
mark that surveyors have made in the stone
to serve as an elevation reference. 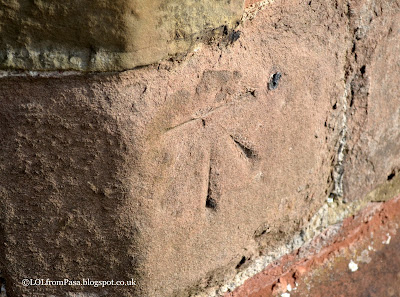 It is difficult to see above - it looks like an
arrow pointing up to a line and I believe it dates back to 1856.
The church is much older than that.
Below is the benchmark at the Council House, Coventry. 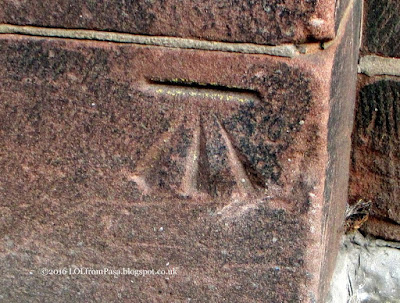 When I noticed the benchmark on the
Council House, Coventry,  I hoped wondered if I had
discovered a secret coded message of sorts.  Of course, it was
nothing like that.  This benchmark in Brinklow is the
second one I have found.  I'll show you the 3rd tomorrow. 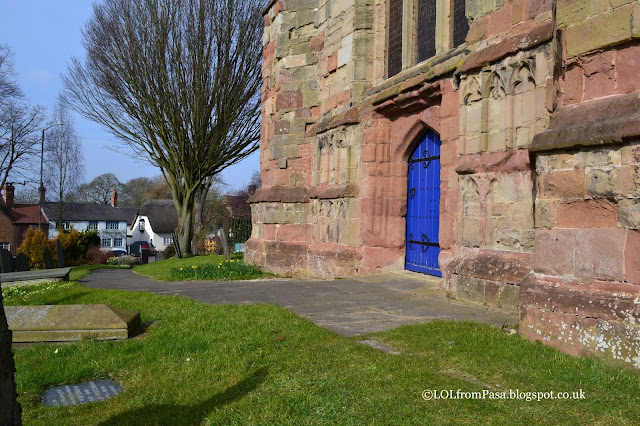 In the meantime, enjoy the view from the churchyard
(similar to the one I shared on 1st April.)
Interestingly, this church isn't the only church around
here to have a blue door.

'Quick! Get Your Camera' 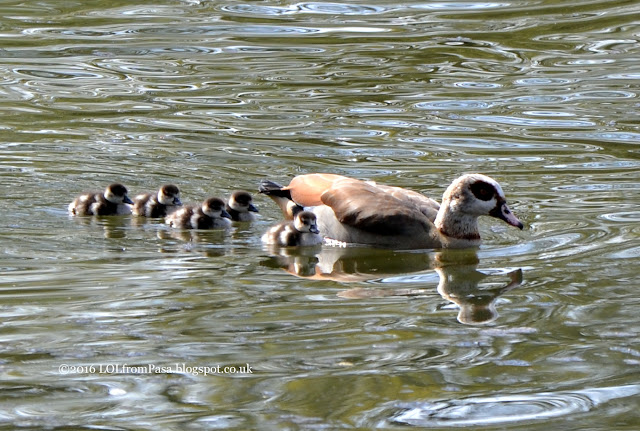 About 3 years ago there was a lone Egyptian goose
at Coombe, then there were two last year
and now there are seven. 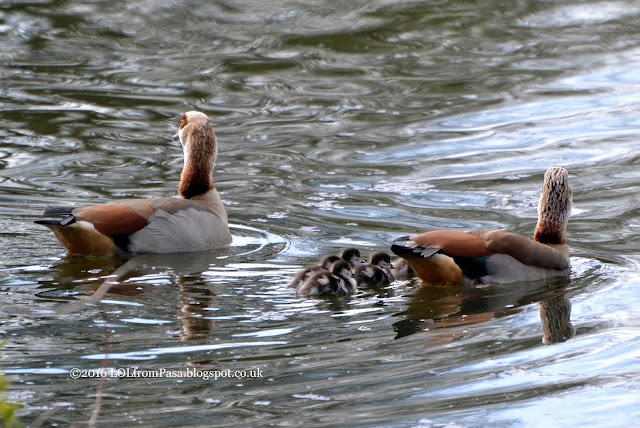 We got a little excited.  I managed to get a few shots
of a very unusual sight last Sunday. 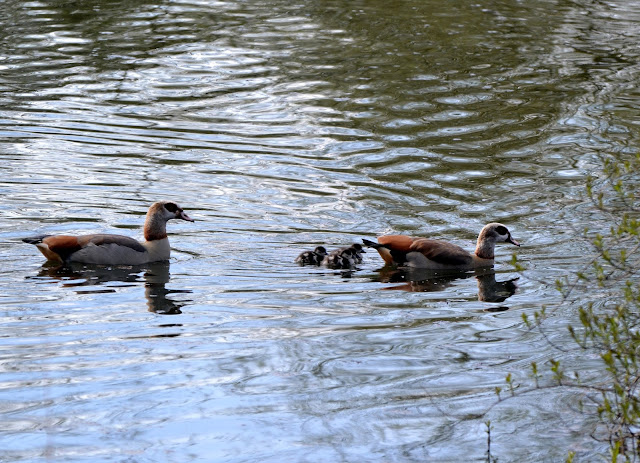 I cannot believe it is Wednesday already.
Hope all is going well with you all.

The 'Smell' in the Woods 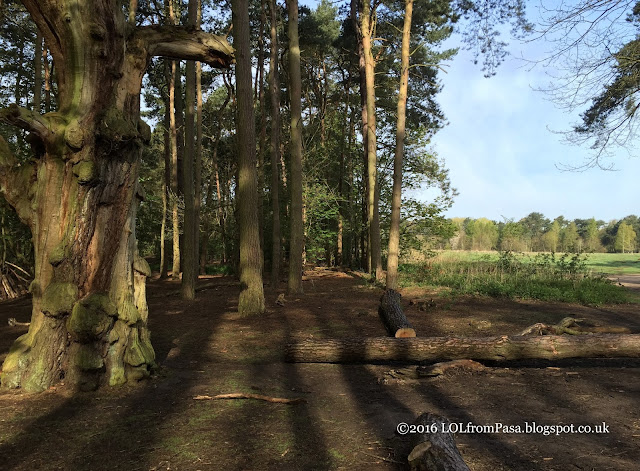 (Above) The tree to the left has an usual trunk.
I think the Park Rangers call it something like
'the tree with many noses'. 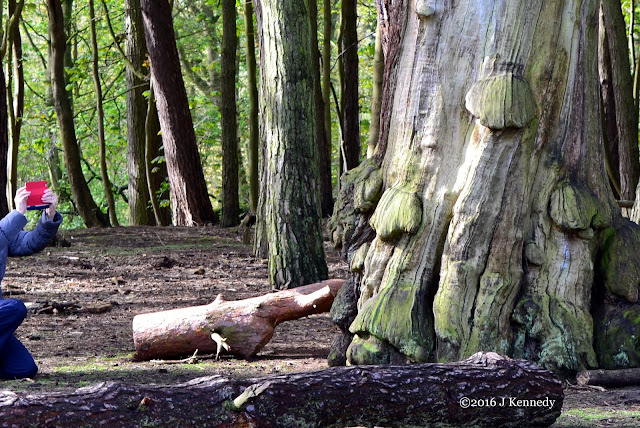 It wasn't until this morning at Coombe that I came up with an
idea for today's Theme Day blogpost.
Next job is to find out what kind a tree this really is??? 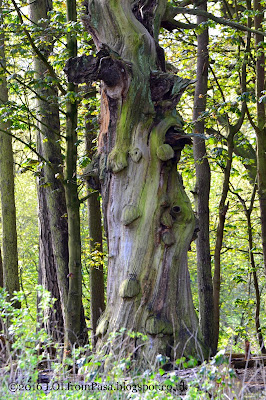 For other interpretations of the theme 'smell'
from around the world, please follow the link
HERE.  And, have a good week!

LOLfromPasa
Why LOLfromPasa? When I was at college in Pasadena (California, USA), a memorable lecture featured Coventry Cathedral in England. Little did I know that years on I would be walking through that very Cathedral on a regular basis. So here I am in and around Coventry, from Pasadena and a happily retired gal. The phrase 'Little Old Lady from Pasadena' fits. I have been inspired by a number of websites and blogs that beautifully display photographs of places worldwide. Here is my offering for 'Today Around Coventry' from someone who enjoys amateur photography as a hobby.

Copyright ©2019 Lauren Kennedy, LOLfromPasa.blogspot.co.uk. All Rights Reserved. Content and images of this website are copyrighted to Lauren Kennedy. Please do not reproduce or use without my written permission. Thank you.