Wishing you all a happy and safe Christmas this year. 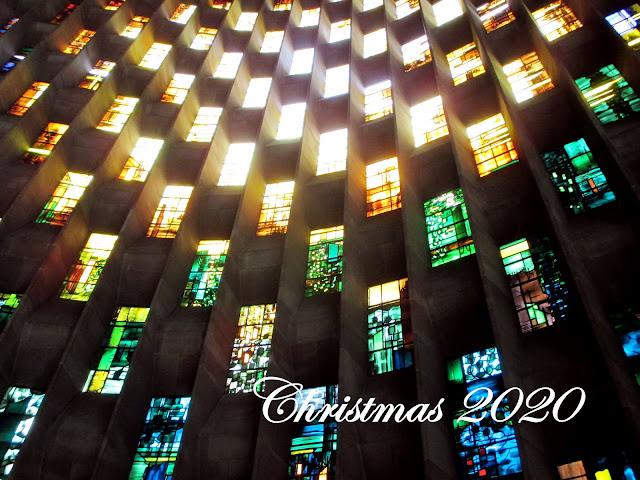 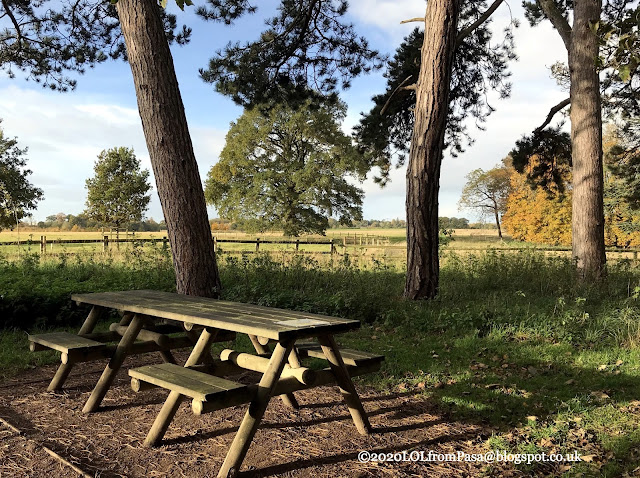 A sweet relative of mine emailed recently asking for
an update on how this beautiful oak tree was doing.
So this morning I went and had a look for myself.
Thankfully, it is looking as good as ever, I would have to say. 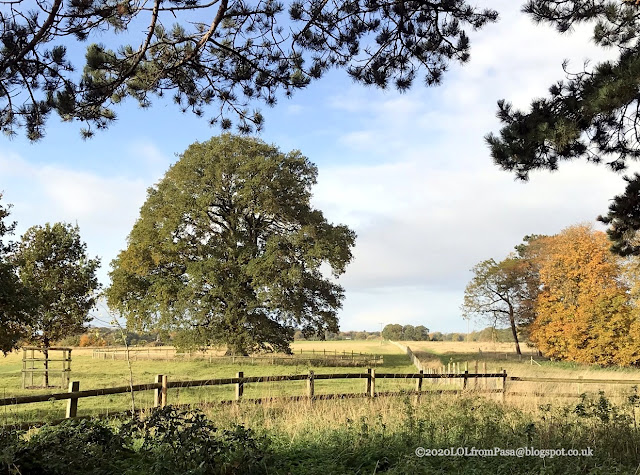 Photos taken this morning after a nice long walk around the park. 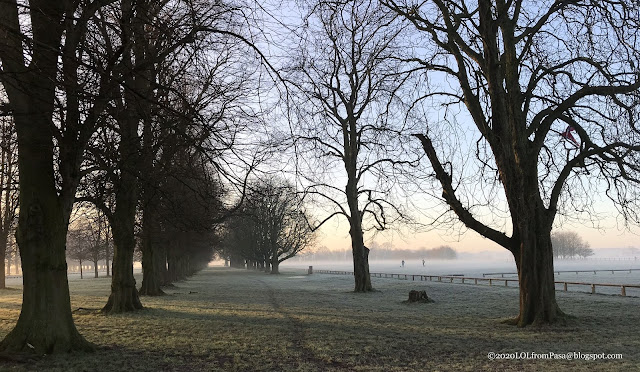 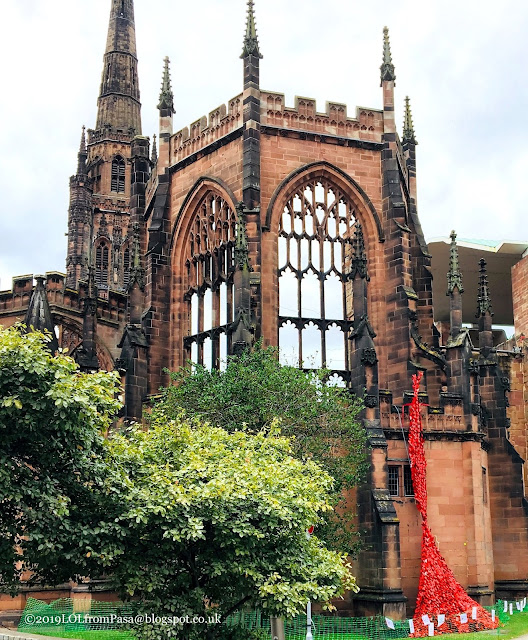 What you see is a display of 1000 locally crafted
medal butterflies created for this display.
The Butterfly Effect is a fundraising event
on behalf of  The Myton Hospices. 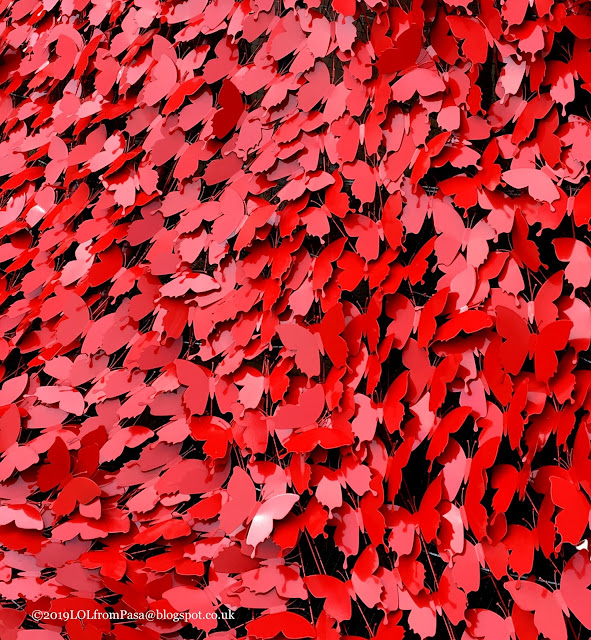 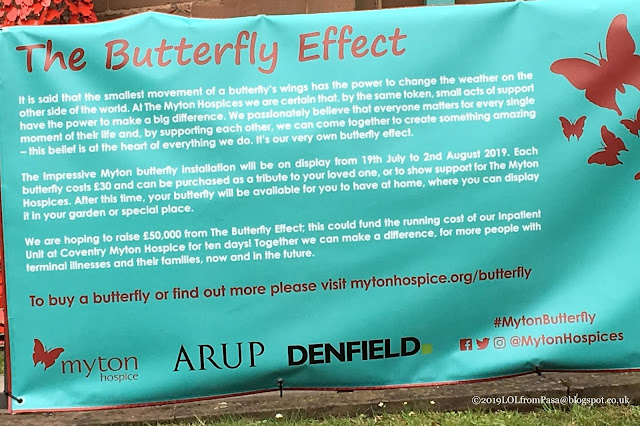 The display will be at The Coventry Cathedral until
2nd August, 2019. 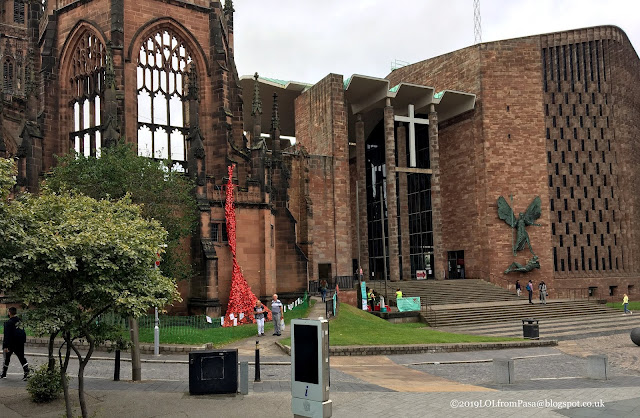 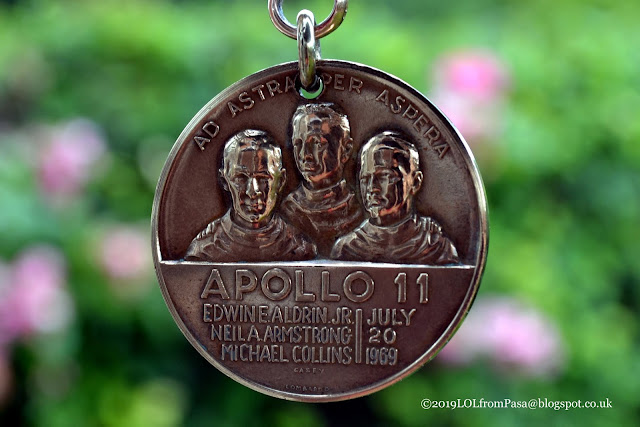 Fifty years ago today, I was home sick with the flu.
So glad.  I was able to watch the whole moon landing on TV. 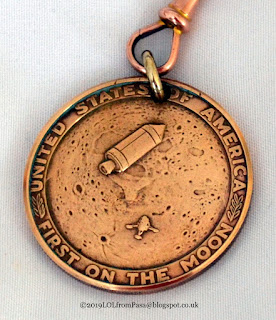 My dad was an avid coin collector.  This medal is from his collection and
was passed on to my husband, a Coventry kid.  He found a good place for it :). 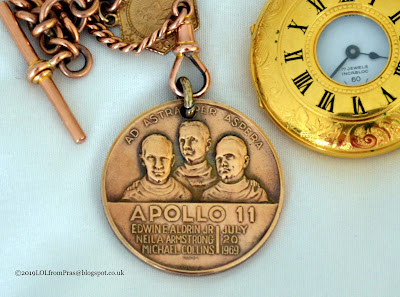 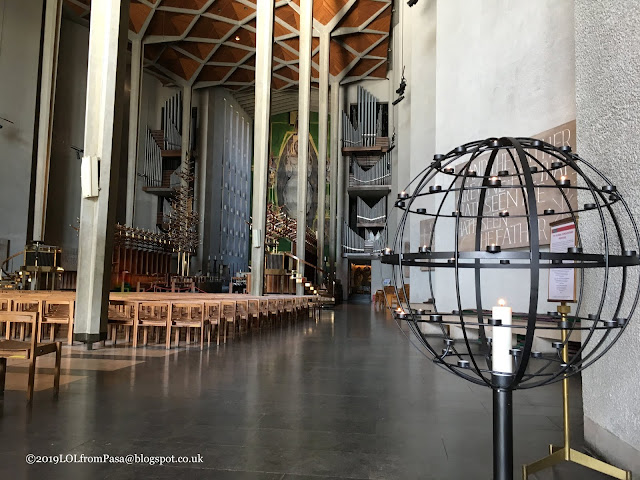 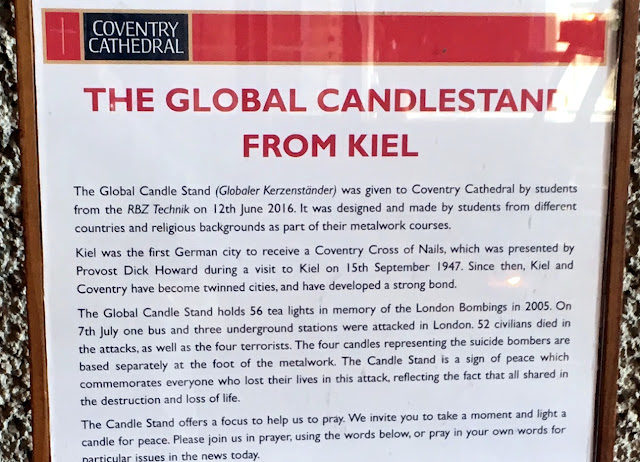 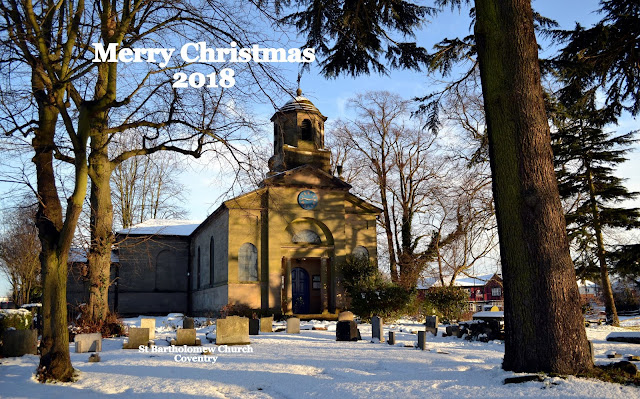 Built between 1771-3 by the
Earl of Craven of nearby Coombe Abbey.

Have a Merry Christmas and a
very Happy New Year!!!! 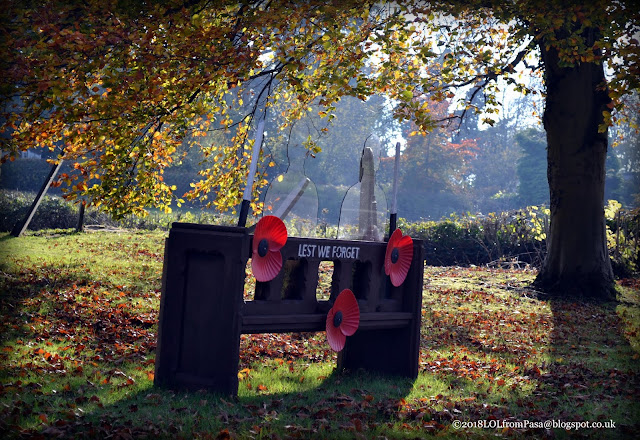 St John the Baptist Church -
Look closely and you will see
glass silhouettes of two soldiers sitting on the bench above. 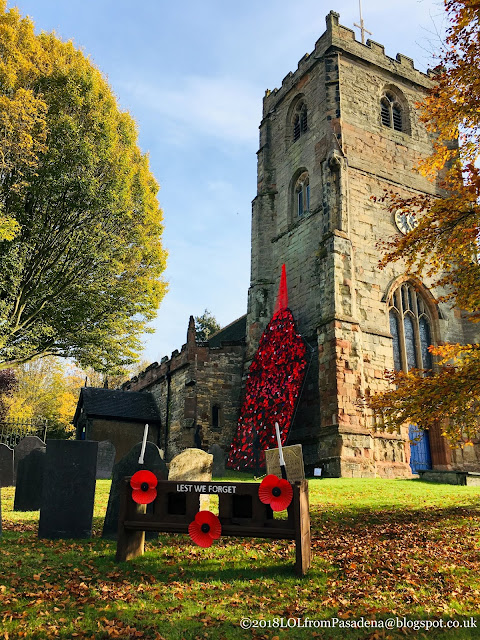 Cascade of hand-crafted poppies.
Today marks the 100 year anniversary of the end of hostilities
in the First World War at the 11th hour on the 11th day of the 11th month of 1918. 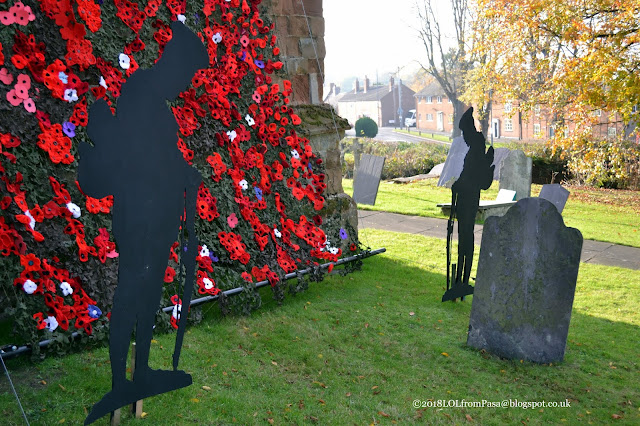 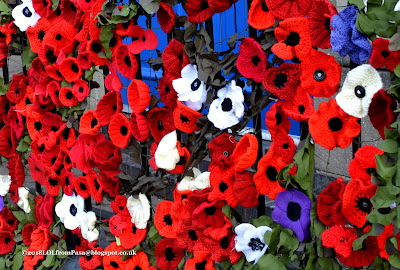 There are many displays throughout the Village.  A wonderful effort by all.
Below is a display focusing on WWI Tank Corp. 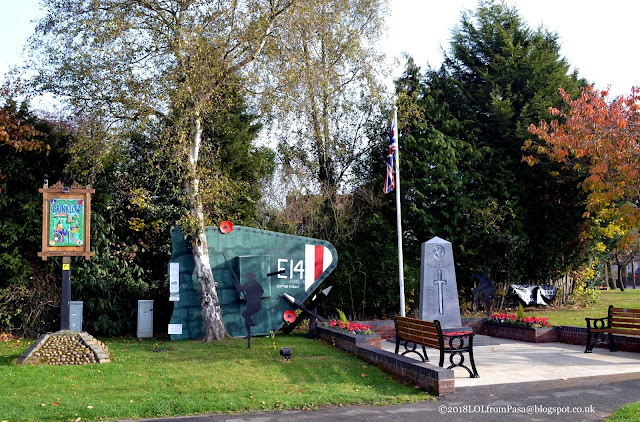 Remembrance Sunday is held in the United Kingdom
and the Commonwealth of Nations as a day
"to commemorate the contribution of British and Commonwealth
military and civilian servicemen and women in the two World Wars and later conflicts'. 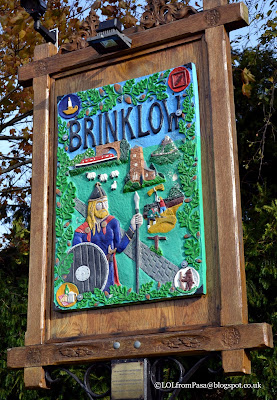 Greetings.  It has been a long time.  I have been
busy but still taking photographs here and there.
Brinklow Village is located a short distance from Coventry, about
10 minutes from my home.  When I saw all the
hard work that had been undertaken (and believe me
there is so much more than what I show here), I
decided I must share.

Warmest Best Wishes to you All!

Today's Promotion Tour
around Coventry City...
and right past our street.
Yippee!!! 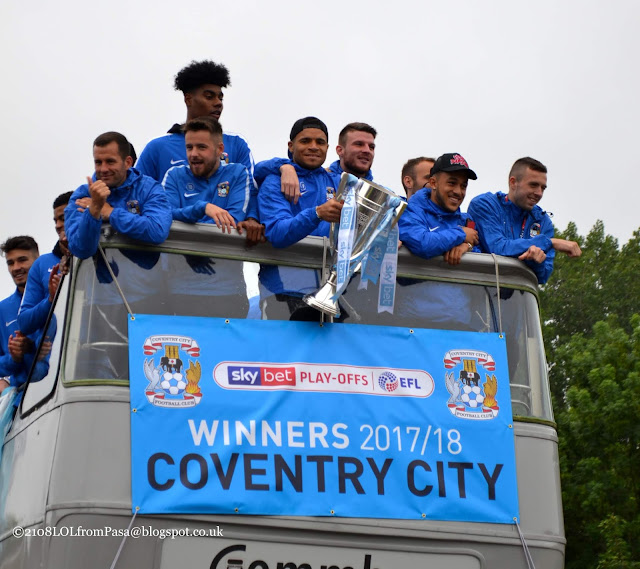 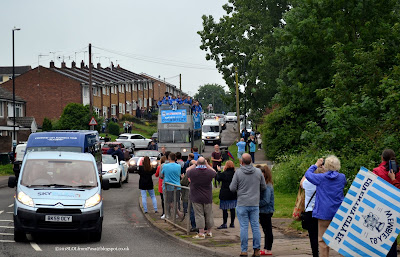 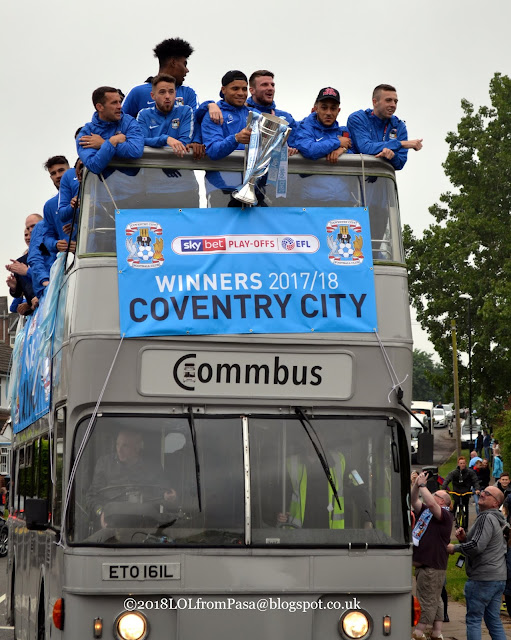 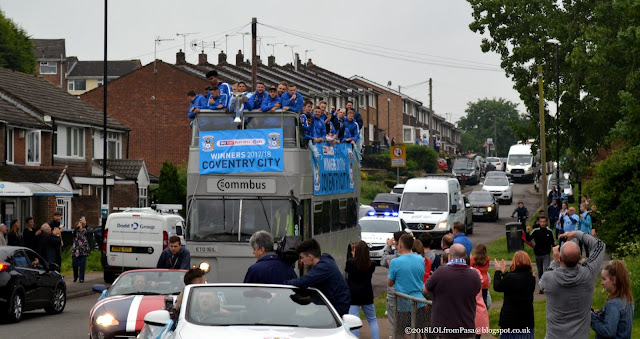 It wasn't long ago that Coventry City Football Club (founded in 1883)
was in the top league of English professional football.
In 2001 after 34 years in the Premier League they were relegated
and the slide began.
In 2017 the club was relegated to League Two, the fourth tier. 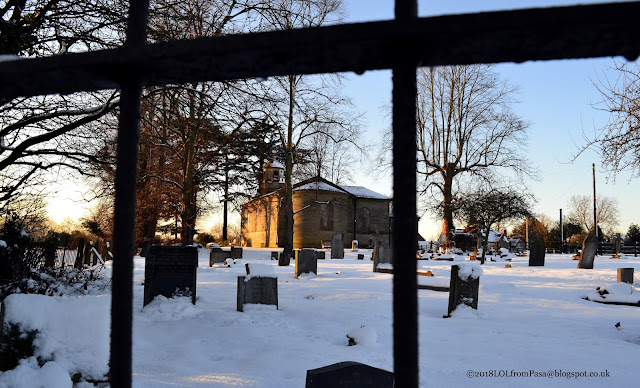 The photograph above is a view from the main road
on a very snowy day in December, 2017.
Below is the main entrance.  The third photograph
is looking back to the main road from the church. 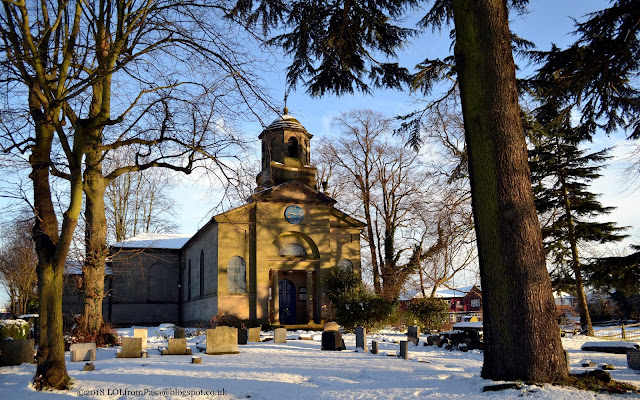 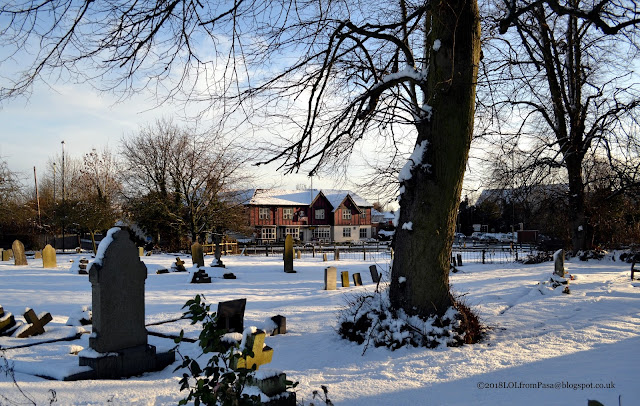 It is has been a while since I have posted here.  Don't give up on me :).
Hope this finds you all well.

Please follow the link HERE for a little about the
church history and more.
If you would like to see a little of the interior
click on the link HERE.

LOLfromPasa
Why LOLfromPasa? When I was at college in Pasadena (California, USA), a memorable lecture featured Coventry Cathedral in England. Little did I know that years on I would be walking through that very Cathedral on a regular basis. So here I am in and around Coventry, from Pasadena and a happily retired gal. The phrase 'Little Old Lady from Pasadena' fits. I have been inspired by a number of websites and blogs that beautifully display photographs of places worldwide. Here is my offering for 'Today Around Coventry' from someone who enjoys amateur photography as a hobby.

Copyright ©2019 Lauren Kennedy, LOLfromPasa.blogspot.co.uk. All Rights Reserved. Content and images of this website are copyrighted to Lauren Kennedy. Please do not reproduce or use without my written permission. Thank you.